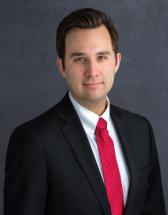 Mr. Rutkowski joined Conklin Benham, P.C. as an associate attorney in February of 2016. He specializes in workers’ compensation defense, representing both self-insured employers and insurance companies.

While in law school, Mr. Rutkowski served as a judicial intern for Judge Diane D’Agostini at the 48th District Court, where he developed an insight into the inner workings of the Michigan court system. During school, he clerked for a private law firm, Dawda, Mann, Mulcahy & Sadler, PLC, providing research and writing support for their litigation and transactional departments in real estate, land use, bankruptcy, taxation, and corporate law. He assisted the firm’s appellate department in drafting amicus briefs submitted to the Michigan Supreme Court.

Following law school and admittance to the State Bar of Michigan in 2010, Mr. Rutkowski focused his practice on workers’ compensation defense. He began practicing at a private defense firm, and then subsequently secured a position as in-house counsel for a major insurance company, handling their workers’ compensation matters state-wide. He has developed instructive materials and led training sessions for claims examiners at several insurance companies and third-party administrators, and he regularly speaks at seminars addressing commonly asked questions and concerns on a variety of topics in workers’ compensation.

Mr. Rutkowski has developed a subspecialty in challenging the over-prescription of opioid pain medication to injured workers under the Worker’s Disability Compensation Act and Health Care Rules. His exercise of litigation and the mediation process has resulted in significant long-term savings for employers and insurance companies who were previously resigned to paying for the unnecessary, and sometime dangerous, levels of opioid pain medications prescribed by inattentive physicians.