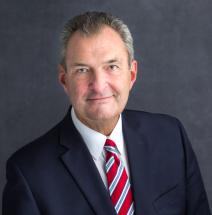 Cameron (Cam) joined Conklin Benham, P.C., a US News and World Report Tier 1 Best Law Firm, in August, 1999. His fellow shareholders elected him to the Board of Directors in 2002. He has served on the board continuously since 2002 and as an officer since 2004.

Since his admission to the Bar, Cam has specialized in defending workers’ compensation claims. He has vast trial experience throughout the state of Michigan. He has also successfully argued cases before the Michigan Supreme Court and the Michigan Court of Appeals.

Cam has received the AV Preeminent rating from Martindale-Hubbell. He has participated in numerous seminars, as both a moderator and a panelist, discussing various aspects of workers’ compensation law with adjusters and employers. In 2017, he presented the defense perspective for the Michigan Institute of Continuing Legal Education in the on-demand seminar video entitled Handling a Workers’ Compensation Case.