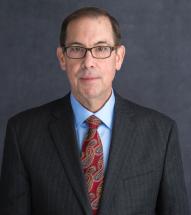 Martin Critchell joined the Firm in 1976 upon graduating from Wayne State University Law School and is admitted to practice before the United States Supreme Court, the United States Court of Appeals for the Sixth Circuit and all Michigan courts.

In addition to practicing law at Conklin Benham, Mr. Critchell served the Michigan Board of Law Examiners between 2005 and 2015 and taught workers’ compensation law at Western Michigan University Cooley School of Law since 2012. He is a contributing author to Employment Law for Michigan Employers (Ann Arbor: Inst for Continuing Legal Ed 2018) and, Michigan Insurance Law and Practice (Ann Arbor: Inst for Continuing Legal Ed 2012) and also writes on the subject of workers’ compensation for the Wayne State University School of Law Review and the Workers’ Compensation Section of the State Bar of Michigan.

Mr. Critchell is a member of the American Society of Writers on Legal Subjects (The Scribes), the Michigan Supreme Court Historical Society, the Michigan Supreme Court Advocates Guild, and the Federalist Society. He has been selected as a “Super Lawyer” each year since 2010 (given to the top 5% of Michigan lawyers) and enjoys the highest rating by Martindale-Hubbell (AV-Preeminent)