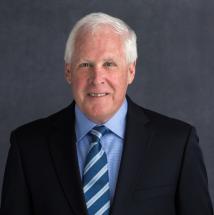 Mr. Lovernick joined Conklin Benham in February of 2008. He has over 30 years of legal experience and throughout that time has specialized in workers’ compensation.  He also has considerable experience in insurance defense litigation including product liability defense litigation.

Mr. Lovernick graduated in 1974 with a Bachelor of Arts Degree from University of Michigan. He graduated from Detroit College of Law/Michigan State University Law School in 1979 with a J.D. degree.

Mr. Lovernick has specialized in the field of Workers’ Disability Compensation law for over 30 years.  He has represented a number of insurance companies as well as self-insured clients.  He has also organized and appeared as a speaker at numerous workshops and seminars relating to workers’ compensation litigation and practice.

In addition to his extensive experience in workers’ compensation matters Mr. Lovernick has tried a number of civil litigation matters, with the most recent being an extensive jury trial on a products liability matter.  Despite a mediation dollar award of 1.2 million Mr. Lovernick was successful in obtaining a No Cause of Action from the jury.

Mr. Lovernick has also been a member of the State Bar of Michigan Attorney Discipline Board since 1989.  He has served as chairperson on the Wayne County Panel for the past ten years.

Mr. Lovernick received the unique honor of being elected Fellow to the College of Workers’ Compensation Lawyers in March of 2015.  He is currently admitted to practice in the United States District Court, Eastern District of Michigan.  He had previously been admitted to practice before the Supreme Court of the State of Ohio.

Mr. Lovernick also has received a rating of AV from Martindale Hubbell (very high to preeminent) which is the highest rank given by them, and has held this rating for 20 years.